The province has started a survey in an effort to address Alberta's car insurance rates. But the questions in the online survey appear to leaning towards no faults insurance which would be major setback for insured driver's in Alberta.

Full no-fault insurance attempts to reduce lawyers' fees and driver's rights by reducing most "pain and suffering" lawsuits.  Instead of going to court, each driver's insurance company would handle the claim, assess medical costs and determine the pay out. The literature fails to state that most claims settle out of court and also that the policies that insurance companies often enforce are simply unreasonable in litigation. For example, failing to admit liability in rear end car accidents.

If you look at the reviews of insurance companies online, they tend to display dissatisfied customers. Giving Insurance companies carte blanche over the entire system seems to be giving the "fox the keys of the hen house". Consumers beware.

In a very crowded field of personal injury law firms, Maynes & Radovici Lawyers are proud to announce they have been rated as one of the Best Personal Injury Law firms in Edmonton! 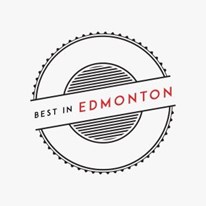 The BC Government has decided to move towards a no fault style insurance company which will be a tremendous set back to people injured in car accidents and people's rights in B.C.

Lest We Forget - Remembrance Day

We must remember. If we do not, the sacrifice of those one hundred thousand Canadian lives will be meaningless. They died for us, for their homes and families and friends, for a collection of traditions they cherished and a future they believed in; they died for Canada. 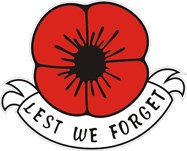 Maynes & Radovici Lawyers encourages all Albertans to review the changes to regulations regarding their rights!

In 2018 & 2019, insurance industry lobbyists have been holding meetings with Alberta government officials in several ministries and government departments in attempts to influence the government to change the definition of “Minor Injury” in auto insurance regulations?

There are important ways in which you can help the FAIR campaign today.

The Ontario Superior Court has awarded general damages in excess of the cap in a sexual assault case, a first for the province, say lawyers.

Known as the trilogy, three cases from the late 1970s – Andrews v. Grand and Toy Alberta Limited, Thornton v. District No. 57 and Arnold v. Teno – established that plaintiffs could not recover more than $350,000 (adjusted for inflation) for non-pecuniary damages as the result of a catastrophic personal injury.

In D.S. v. Quesnelle, Justice Clyde Smith awarded $400,000 to a man repeatedly sexually assaulted by Louis Omer Quesnelle between 1987 and 1992. In a criminal trial, Quesnelle was convicted in 2013 and sentenced to five years in prison.

Effective September 1, 2019, the Court will commence a one-year pilot project to lift the suspension of the enforcement of Rules 8.4(3)(a) and 8.5(1)(a) of the Alberta Rules of Court (“the Mandatory ADR Rules”). Notice to Profession NP 2013-01, which suspended the enforcement of the Mandatory ADR Rules, is hereby repealed, effective August 31, 2019.    All parties in litigation must now participate in some form of dispute resolution if they are in litigation. These forms include private mediation or Court Mediation.

Eliza will be struggling to finish a marathon on behalf of the Make a Wish Foundation Northern Alberta on Saturday 24, 2019. Feel free to support her efforts at

Maynes & Radovici Lawyers would like to wish coach Skitsko and all the players from the Saints Football team a successful 2019 season. Go Saints Go!

Lawyer who advised client to invest in fund that turned out to be Ponzi scheme responsible for millions in losses: Supreme Court

A client accepting a lawyer’s negligent advice doesn’t shield the lawyer from being liable, the court said.

The Vancouver Sun reports the Trial Lawyers Association of B.C., which includes vehicle injury lawyers whose business will be impacted by the changes, have zeroed in on two potential constitutional challenges to government legislation that will cap certain minor injury claims at $5,000 starting on April 1.

That comes as the Insurance Corporation of B.C. prepares to release its latest quarterly update Thursday on what Attorney-General David Eby said Wednesday is a worsening financial situation.

Maynes and Radovici Lawyers would like to wish everyone a Merry Christmas and a Happy New Year! To our Jewish friends - Happy Hanukkah!

The prevalence of such inappropriate use of private images is growing. It has been reported that Facebook recently reviewed more than 54,000 reports of revenge pornography and ‘sextortion’ in a single month alone, leading to the disabling of more than 14,000 accounts.

The law in Canada and Ontario has been responding to this growing trend, both in the civil and the criminal context.

In the civil context, the Ontario Superior Court of Justice recently recognized a new cause of action – the tort of “public disclosure of private facts.” In his decision in Doe 464533 v. N.D., Justice Stinson held that a person will be liable for invasion of another’s privacy rights if the matter publicized would (a) be highly offensive to a reasonable person; and (b) is not of legitimate concern to the public. As Justice Stinson noted in his decision:

“To permit someone who has been confidentially entrusted with such details – and in particular intimate images – to intentionally reveal them to the world via the Internet, without legal recourse, would be to leave a gap in our system of remedies. I therefore would hold that such a remedy should be available in appropriate cases.”

The Ontario Court of Appeal has rejected the notion that general damages for a sexual assault victim should be relatively modest if it is a single incident involving adults and no breach of trust.

An award of $200,000, which included $175,000 in general damages and $25,000 in punitive damages, was upheld earlier his month in a case where a female doctor was sexually assaulted by a male colleague at a hospital in southwestern Ontario.

Costs of $325,000 and pre-judgment interest of $155,000 were also awarded to the plaintiff in a civil action that was plagued with delays in going to trial.

The Supreme Court of Canada has given writers and publishers some protection from lawsuits in distant jurisdictions that allege online defamation, telling a Canadian billionaire who sued an Israeli newspaper to take his lawsuit to Israel.I

In an important decision for publishing in the internet era, when an article or book produced in one country may be read online almost anywhere in the world, the court’s 6-3 ruling stressed the need for fairness in choosing a jurisdiction for a defamation suit.

The Government of Alberta government says it is amending the Minor Injury Regulation (MIR), providing Albertans with more clarity on which injuries, conditions and symptoms are covered. Sprains, strains and whiplash injuries are considered minor injuries. Additionally, the physical and psychological symptoms, along with some temporomandibular joint (TMJ) injuries, are also considered minor injuries.

'The injuries are extremely severe.... Her life has been horribly affected"

Toews alleges that she suffered "catastrophic" injuries in February 2009 while staying at the Grand Palladium on a seven-night all-inclusive vacation with her husband and two daughters. Toews has been able to gain jurisdiction in Alberta for the case because her booking contract for food, drink and vacation accommodations was made in Alberta

Lawsuit states personal info of 3,700 city staffers sent to an employee of another Alberta municipality.

Media reports are stating that the insurance company in British Columbia ICBC is financially a wreck. Critics say the beleaguered Crown corporation requires dramatic rate hikes and drastic structural changes to save it from ruin.

A doctor in Ontario is being investigated by the College of Physicians for preparing a misleading medical report for TD insurance in regards to a woman who suffered a catastrophic injury. Justice Sean Dunphy issued a decision in which he described a 2014 “executive summary report” prepared by Dr. Howard Platnick about a woman injured in a car accident as “on the face of it misleading.

A British Columbia court recently ruled against the ICBC when it found that a man who suffered a spinal injury while moving his all-terrain vehicle from his pickup truck is entitled to accident benefits.

Section 96(b)(i) of B.C.’s Insurance (Vehicle) Act Regulation (also known as Regulation 447/83) stipulates that ICBC is not liable to pay benefits “in respect of the injury or death of a person …. who, at the time of the accident, is … an occupant of or is struck by a vehicle that could not be licensed under the Motor Vehicle Act or Commercial Transport Act or that is of such design that if owned or operated in the Province could not be licensed under one of those Acts.”

ATV's are not not licensed under the Motor Vehicle Act.

The court cited a Supreme Court Case to provide clarification on coverage:

"There is a two-part test in interpreting coverage, Justice Major explained.

Maynes & Radovici Lawyers would like to welcome a new addition to our firm. Jamie Churchward comes with a wealth of knowledge from years of practicing law in the federal government. She is hard working, intelligent and very personable. Jamie will be starting in the fall.

The Court of Appeal released an important decision in regards to Section 8 and Section 11 over  consent forms used by the Edmonton Police Service.

In a Dissenting Memorandum of Judgment, the Honorable Mr. Justice O’Ferrall highlighted the significance of the medical information breach in R v Kiene.

The seriousness of the Charter-infringing state conduct ought to have been assessed having regard to regulatory regimes which reflect the seriousness with which society views the inappropriate use of medical records and accident reports. In determining whether the admission into evidence of medical information obtained in a manner which infringed an appellant’s Charter rights would bring the administration of justice into disrepute, the trial judge ought to have had regard for what other laws were potentially being broken.

In my view, the Charter-infringing conduct in this case undermined the objectives, duties, and safeguards found in our accident-reporting legislation, as well as our health information legislation. Relying upon evidence seized in breach of at least two, and possibly three, provincial statutes in order to convict an accused risks bringing the administration of justice into disrepute. Therefore, the state’s Charter-infringing conduct in this case ought to have been considered very serious, favoring exclusion of the evidence.

The Court of Appeal released its decision which denied leave for the Crown to appeal a Court of Queen’s Bench finding which overturned the convictions of Dr. Simona Tibu. That decision is below

Last December, Maynes & Radovici Lawyers appealed a decision that found Dr. Simona Tibu assaulted and resisted arrest from a sheriff during a routine traffic stop for speeding. CBC made an application seeking the dash camera video from the sheriff’s motorcycle and the event became heated discussion about civil rights in the country. The video showed the two struggling on the side of a busy highway and then falling out of view of the camera.

A summary of the findings was that the court found the sheriff’s testimony to be credible. However, he testified that he demanded the driver’s documentation 10-12 times, cautioned the dentist about not providing the documents and had a brief conversation about cell phones all in a span of 40 seconds before he decided to arrest her and remove her from her car.

The court found that was not a reasonable amount of time for the driver to respond to the request as per the Traffic Safety Act law. Further, at no time did the dentist state she would not produce the documents and showed that she did comply with every other command before the arrest.

"Ms. Kikla has abused the court’s processes. I am therefore... declaring Fraser Valley Community College and Ms. Sunanda Kikla to be vexatious litigants."