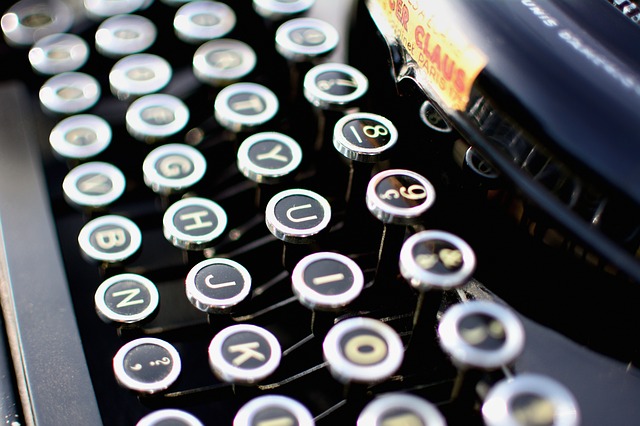 Has someone said something about you which is untrue? Have you found yourself online and are completely humiliated? Are the untruths now affecting your work and your reputation? If you or a loved one is concerned about something untruthful which is said or written about you, or if you were the one who said / posted it, you should contact our office today.

Our law firm believes strongly in freedom of expression and free speech. We live in a country where you should feel free to speak your mind and express your opinions, even if those opinions are uncomfortable and make others upset. “Without free speech, there is no free press. Without a free press, there is no free political debate. Without free political debate, there cannot be true democracy. Freedom of speech, writ large, is a pillar of democracy.” (J. Corbett of the Superior Court of J­ustice for Ontario)

Defences of fair comment, qualified privilege and responsible communication should be examined carefully.

Comment is a statement of opinion.  Assertions of fact are not protected by a defence of fair comment. To be protected, comment must appear as comment; also, it must not be mixed in with statements of fact such that a reader is unable to distinguish between the facts and the opinion.

Qualified privilege arises where a defendant had a legal, moral or social duty in making the statement and the recipient of the information had a corresponding interest in receiving the information.

The publication of a false statement is presumed to give rise to general damages which are awarded at large: Hill v. Church of Scientology, 1995 59 (SCC), [1995] 2 S.C.R.1130 at para. 164. This means, upon proving defamatory statements were published, a plaintiff will be entitled to damages, even in the absence of proven loss or injury.

“[E]ach libel case is unique and [the] assessment of damages in a libel case flows from a particular confluence of the following elements: the nature and circumstances of the publication of the libel, the nature and position of the victim of the libel, the possible effects of the libel statement upon the life of the plaintiff, and the actions and motivations of the defendants. It follows that there is little to be gained from a detailed comparison of libel awards.”

In an earlier passage in the Hill decision, at para. 166, the court made reference to a feature that is common to many defamation cases:

“…A defamatory statement can seep into the crevasses of the subconscious and lurk there ever ready to spring forth and spread its cancerous evil. The unfortunate impression left by a libel may last a lifetime. Seldom does the defamed person have the opportunity of replying and correcting the record in a manner that will truly remedy the situation. …”

This cautionary statement indicates that trial courts faced with the issue of determining general damages in a libel case, they must be mindful of the “unique” facts of the particular case. The Supreme Court also articulated some of the factors to take into account:

In Hunter Dickinson Inc v Butler, 2010 BCSC 939 , the plaintiffs applied for summary judgment in an action for defamation. The defendant, admitted to authoring numerous posts on an internet site alleging illegal activities by the plaintiff companies and the individual plaintiff, Thiessen, a director and officer of the companies. He also admitted that the postings were intended to be viewed by the public. The postings included statements claiming Thiessen was a thief, a liar and a crook, and claiming the plaintiff companies had committed fraud on the courts and investors. Repeated requests from the companies and Thiessen for Butler to cease making the postings were to no avail. Butler filed no evidence in defence of the summary judgment application, instead providing only argument and unsubstantiated allegations of fact. The Court found that the statements were defamatory and allowed the application. The plaintiff companies were awarded $75,000 each in general damages, and Thiessen was awarded $125,000 for personal distress. The BCSC also awarded Thiessen a further $75,000 in aggravated damages, because the defendant showed malice in his mode of publication, continuation of the impugned conduct, and lacked remorse. Each of the three plaintiffs was awarded $25,000 in punitive damages.

In Cragg v Stephens, 2010 BCSC 1177 [Cragg], the BC Supreme Court considered an assessment of damages against the defendant, Ms. Stephens for defamation. The three plaintiffs worked for the Nisga’a Lisims Government [NLG]. The defendant, a Nisga’a citizen, was a self-described social justice advocate for the First Nations’ poor, who was opposed to the NLG. She circulated e-mails containing defamatory statements about the plaintiffs. The statements contained in the e-mails were false and were sent to various recipients, including media recipients. The defendant continued to send defamatory e-mails after the plaintiffs filed their statement of claim. Later, the plaintiffs obtained default judgment against the defendant. The BC Supreme Court found that the defendant defamed the plaintiffs in their professional capacities, including making allegations of improper and criminal behaviour; the publications were circulated widely via e-mail; reported one plaintiff to his professional association, and posted defamatory comments on a local newspaper website. The Court awarded each of the three plaintiffs the sum of $25,000 in general damages; and $10,000 for aggravated damages.

Given that the within matter relates to publication by e-mail, this Court also identified other decisions that deal with awards of damages that involve dissemination of defamatory statements via email. In Smith v Cross, 2007 BCSC 1757, aff’d, 2009 BCCA 529 [Smith], the defendant published several defamatory e-mails about the plaintiff’s alleged failure to take action against a teacher, who had complaints against him for sexually inappropriate conduct with female students and who had been disciplined by the College of Teachers. (The plaintiff had been a member of the board of school trustees.) He also alleged that the plaintiff lied. The e-mails were distributed to prominent provincial politicians and other individuals. The defendant continued to circulate e-mails about the plaintiff after proceedings were initiated. The Court concluded that the defendant’s conduct in publishing the e-mails was well intentioned but misguided. The Court assessed general damages against the defendant at $25,000; and punitive damages at $10,000.

In Newman v Halstead, 2006 BCSC 65 [Newman], the defendant published on Internet websites, chat rooms, and in various e-mails serious allegations of improper conduct by the plaintiffs.  Some of the defamatory statements were copied to large numbers of recipients, including the plaintiffs’ employers and immediate supervisors, media outlets, and politicians. The defendant also made written complaints to various officials, agencies, and tribunals, which the defendant copied widely. The defendant chose not to attend the trial. The Court awarded $150,000 to the plaintiff school teacher who was the primary focus of the defendant’s attacks. Other plaintiffs who were also repeatedly defamed, personally and professionally, received awards in the range of $75,000 to $125,000. One plaintiff, who received an apology and retraction, was awarded nominal damages of $1,000. The remaining plaintiffs received awards in the range of $15,000 to $25,000.  The plaintiffs were also awarded $50,000 in punitive damages to be shared equally, given the defendant’s prolonged and sustained campaign of character assassination against each of them.