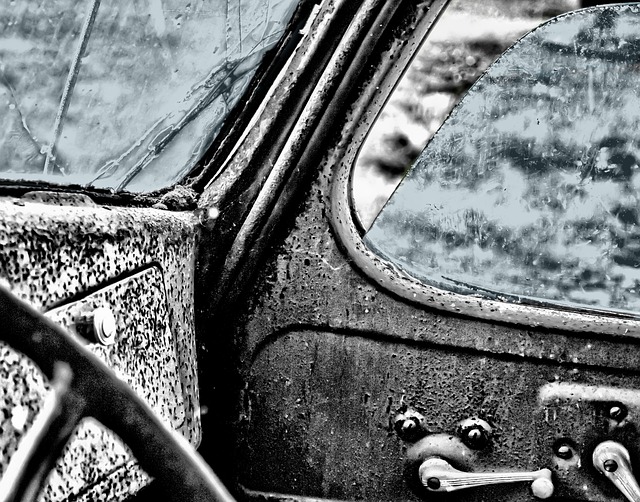 We understand that people make bad decisions sometimes. Alberta takes one of the harshest stances on impaired driving in the country. If you or a loved one has been arrested for an alcohol and motor vehicle offence, contact our office for a free consultation to see if we can help.Impaired driving is the term used in Canada to describe the criminal offence of operating or having care or control of a motor vehicle while the person's ability to operate the motor vehicle is impaired by alcohol or a drug. You will find these charges located in Section 259 in the Criminal Code of Canada.

The impact on your life and the lives of others who may be injured because of impaired driving will be significant. The penalties can be severe depending on different factors of the accused case.

Prior convictions are aggravating where they demonstrate that the accused is a danger to society, which may justify more emphasis on “denunciation” and “deterrence” rather than “rehabilitation”. This applies where the prior convictions are for offences similar to the offence before the court, because they would tend to show that the accused has a tendency, for example towards violence or dishonesty, that they dangerous to society and resistant to rehabilitation. However, where the prior offences are not similar to the one before the court, they may have little relevance, aside from showing a general disregard for following the law .

In some impaired driving cases, where an accused has sought treatment, alcoholism has been referred to as a mitigating factor. This reflects an appreciation that the accused's alcoholism was a part of what made him a danger to society, and that when the accused takes steps to seek treatment, he is taking steps to reduce the danger to society. But in other cases, where the accused has taken no steps to obtain treatment for alcoholism, there is no mitigation. In some cases the court has regarded the accused's ongoing alcoholism and/or lack of insight regarding a drinking problem as an aggravating factor. (R. v. Bockman, 2005 ABQB 918 ; R. v. Merrifield, 2007 SKPC 77 ; R. v. Cote, 2007 SKPC 100 , and R. v. Stevenson, [2003] N.J. No. 125 (P.C.) all considered the accused's lack of insight into a drinking problem as an aggravating factor. R. v. McKinley, 2006 ABPC 152; R. v. Woodfine, [2005] N.J. No. 338 (P.C.); R. v. Brady, 2005 BCPC 49 , and R. v. Wishart, 2003 BCPC 425  also found that an unaddressed drinking problem was an aggravating factor).

The fact that the impaired driving was a case of momentary inattention, as opposed to an extended pattern of dangerous driving, has been referred to as mitigating in the case law. On the other hand, failing to brake and clear conditions at the time of the accident have also been referred to as aggravating factors: R. v. Rhyason, 2007 ABCA 119 .

The maximum sentence for impaired driving causing death was increased from 14 years to life on March 15, 2001. Parliament has made it clear that the consequences of one's actions, not just the intent, are relevant factors in determining an appropriate sentence: R. v. Rhyason, 2007 ABCA 119 at para. 17.

These 6 cases display a range of possible sentences:

Iftody involved a guilty plea to one count of dangerous driving causing death, contrary to s. 259(2) of the Criminal Code. Ms. Iftody was driving home in the wrong lane on a highway when she hit the victim's car head on. She was 32 years old at the time of the offence, had strong work references, had no criminal record or driving record, and was found to be remorseful. No aggravating factors were identified. She was sentenced to a conditional sentence of two years less a day as well as a 5 year driving prohibition.

Jackson involved a guilty plea to one count of impaired driving causing death. Ms. Jackson was driving below the speed limit when she briefly crossed the centre line, hitting a semi truck. The truck then lost control and hit a van, killing the occupant of the van. Her blood alcohol content was .105. Ms. Jackson was 28 years old at the time of the offence. She had a positive pre‑sentence report that found that she was remorseful and had a great deal of support from family and friends. The report did find, however, that Ms. Jackson tended to underestimate the impact alcohol has on her life. Ms. Jackson's only aggravating factor was a three year old conviction for impaired driving. A conditional sentence of two years less a day followed by two years of probation, as well as a seven year driving prohibition, were imposed.

In Carr, Mr. Carr was sentenced following convictions on one charge of impaired driving causing death, two charges of impaired driving causing bodily harm, one charge of impaired driving, contrary to s. 253(b), one charge of dangerous driving causing death, contrary to s. 249(4), and two charges of dangerous driving causing bodily harm, contrary to s. 249(3). Mr. Carr was speeding on a dark, unknown road, when he rolled his pick‑up truck, killing his friend and injuring two other passengers. He was drinking in the truck and was found to have a blood alcohol content of .105. At the scene he initially denied being the driver, though he later admitted to driving. Mr. Carr was 20 years old at the time of the offence. His pre‑sentence report reflected a good attitude, strong employment references, and a close supportive family. Mr. Carr did not have a criminal record but he did have a driving record which included three convictions for speeding between 2003‑2005 and a conviction for careless driving in March 2004. The fact that the victim was his best friend was an important factor in the sentencing. Also noteworthy was the fact that the victim's family asked the court not to order a custodial sentence. A conditional sentence of 2 years less a day, followed by 1year probation, and a 5 year driving prohibition, were imposed.

Brucker involved a guilty plea to one count of impaired driving causing death. Mr. Brucker was sentenced to 4 years incarceration and a 10 year driving prohibition. Mr. Brucker was traveling 108 km/h in a 60 zone when his car went airborne as he attempted to navigate a corner and struck a tree. A passenger in his car was killed at the scene. He was found to have a blood alcohol concentration of .185.

Mr. Brucker was 29 years old at the time of the offence. He did not fully accept responsibility for the offence and the court noted that he had not pursued treatment for substance use. He also had a criminal record that included one impaired driving conviction.

Gallant was an appeal by the accused of a three year sentence on one count of impaired driving causing death. The Court of Appeal did not disturb the sentence, but provided little detail on the circumstances of the offence or the offender. It is clear that Mr. Gallant pled guilty.

Engelhardt was an appeal by the Crown of a conditional sentence of two years less a day on a conviction of impaired driving causing bodily harm. The Court replaced the sentence with an 18 month custodial sentence. The Court considered his guilty plea, his remorse, that Mr. Engelhardt lost his best friend, that he had quit drinking, that he had no criminal record and that the driving pattern was very brief.

The law recognizes that sometimes people deserve a second chance. Even if you are found guilty of a crime a discharge may be an option for you. The Court will be the ultimate decision maker as to whether you should receive a discharge. The effect of a discharge is that although you have been found guilty, you in fact will not end up with a criminal record, in the usual sense.

You may still be required to comply with a term of probation and abiding with certain conditions for a period of time. This is often the case with “Conditional” Discharges, where if you fail to comply with the conditions your discharge is reversed and you must return to Court to be re-sentenced.

A discharge is not available for offences with minimum punishments. For example, a person cannot receive a discharge after being found guilty of driving under the influence. The exception to this is a curative discharge (which is very rare) and applies only to certain types of accused persons.

If you would like to apply for a discharge for an offence then you should seek legal advice from someone with experience in making discharge applications to the Court. Because discharges are based on a finding of guilt or a guilty plea there is always a risk the Court will refuse to grant a discharge and you may end up with some form of penalty and a criminal record.